Background: This site is in an arid region of Oregon. The revegetation plan was devised and specified by David Steinfeld from The U.S. Forest Service in partnership with the FHWA (Federal Highway Administration out of Vancouver WA).

The Goal / Plan: To reclaim this current soil matrix with quality organic material and with native grasses and trees. This site was originally seeded in October of 2003 with native grass seed and a mixture of Biosol Forte, a four species Endo Mycorrhizae, along with a tackifier to hold seed in place on the slopes.

The Outcome: In May of 2004 the site was showing very little growth to no growth. In September of 2004, David Steinfeld of the US Forest Service went back to monitor and measured the site and found that the site had 55% base soil with very little plant growth. Over the Spring of 2005 David was trying to devise another plan for reclaiming this road side site. On his way to monitor another site in Sunriver Oregon on July 11, 2005, he went by the project to monitor it and take some photos for another evaluation. As he turned the corner he came across a beautiful roadside reclamation site that was full of native plants. His evaluation showed that the site now had less than 15% bare soil and that native plants accounted for most of the crown cover.

Native plants: The yellow flower is the Oregon sunshine or Eriophyllum lanatum and the luscious grass is the squirrel tail, or Elymus elymoides. And how are the seedlings doing on the abandoned road?  Bitter cherry, aspen, ponderosa pine, bitterbrush, serviceberries, Klamath plum are all alive and growing.  Many of the ponderosa pines have put on over 12 inches of growth this year with many seedlings around 4 feet tall.  Not bad one and a half years after planting!

Lesson learned:  On arid sites, it can take several years for native plants to fully express or dominate the site.   So be Patient! 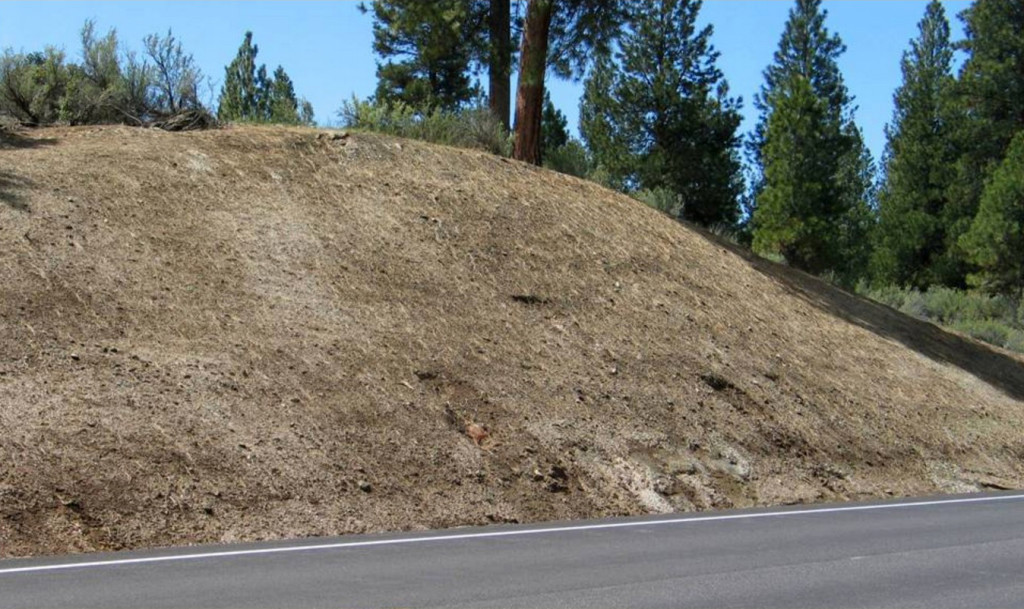 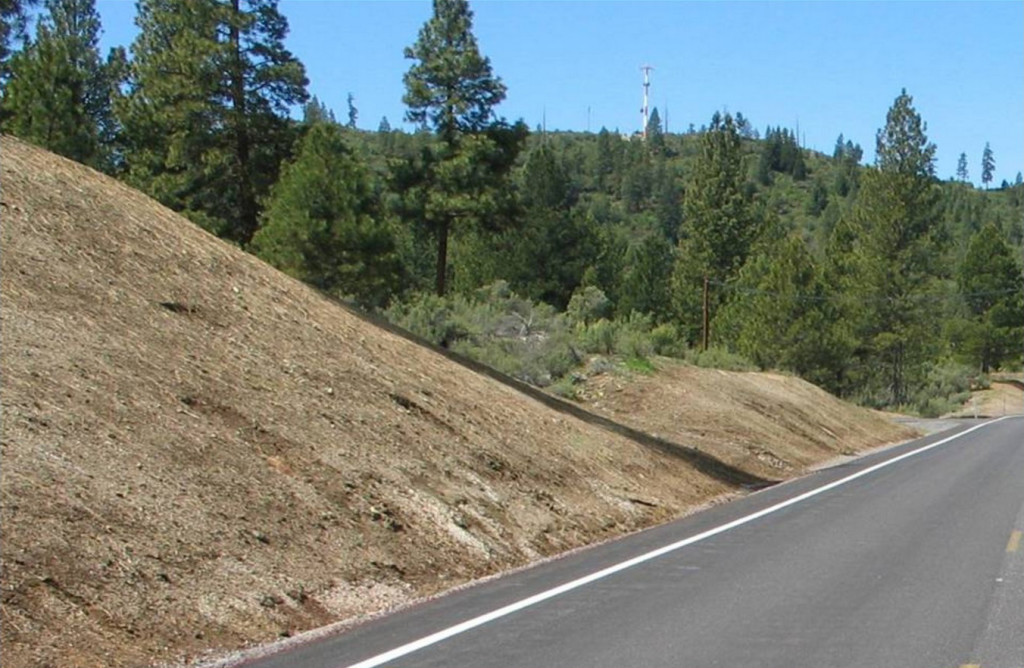 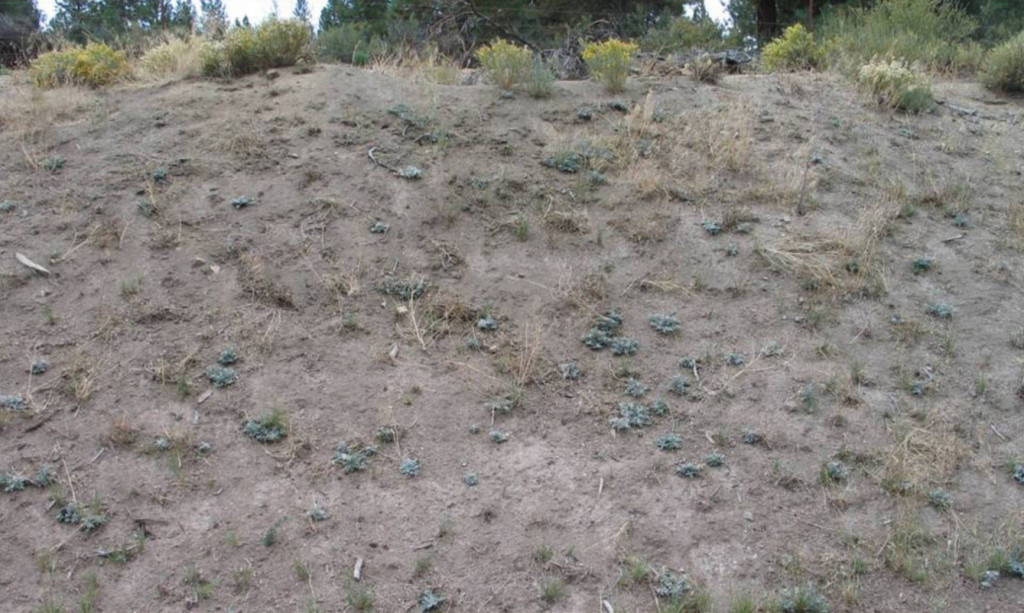 Monitoring in September 2004 Revealed An Average of 55% Bare Soil 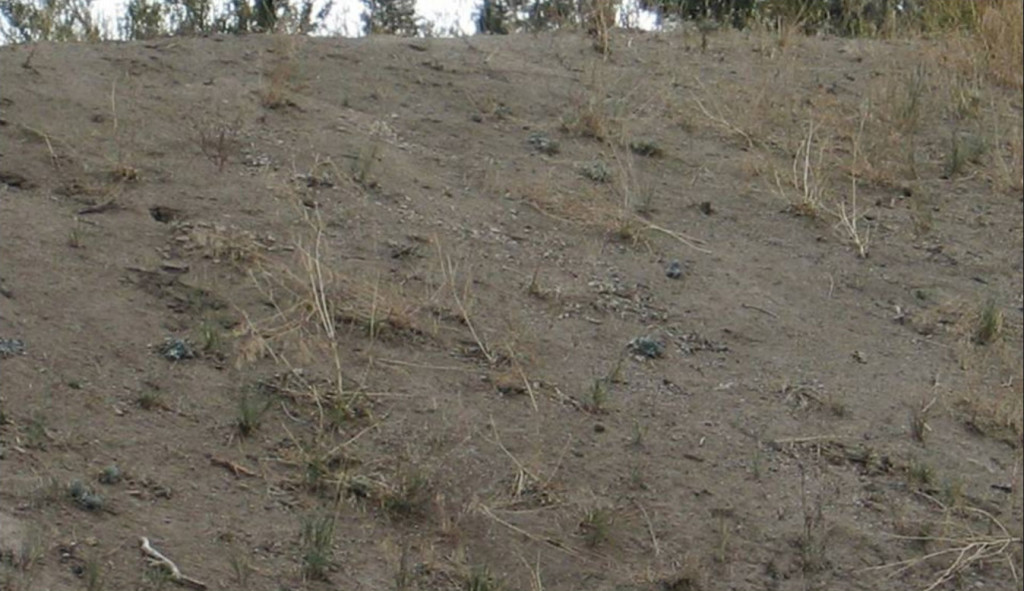 September 2004. Plants Were Small With Plenty of Bare Soil 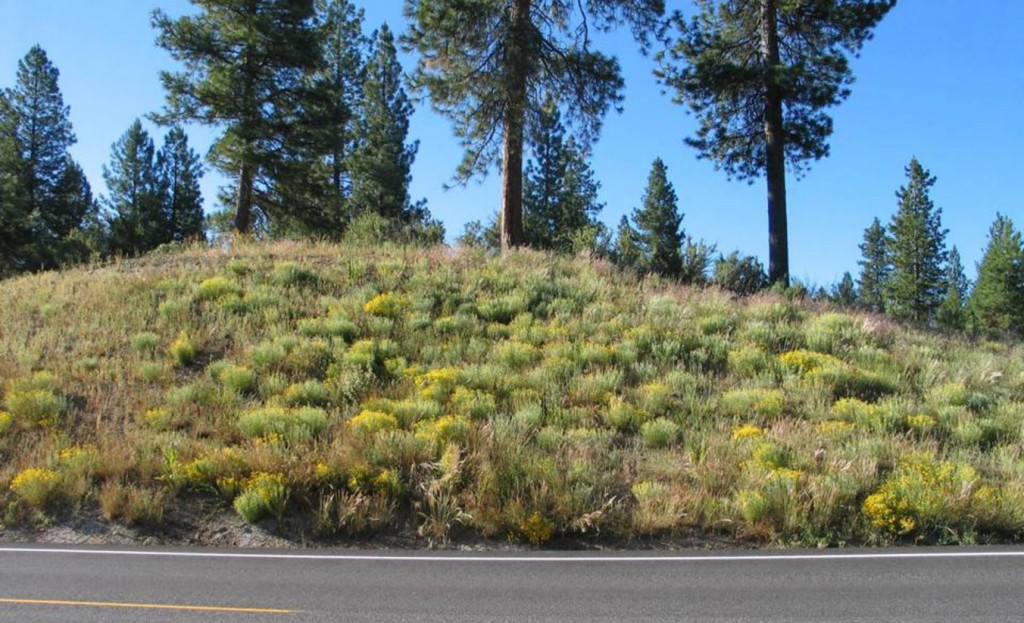 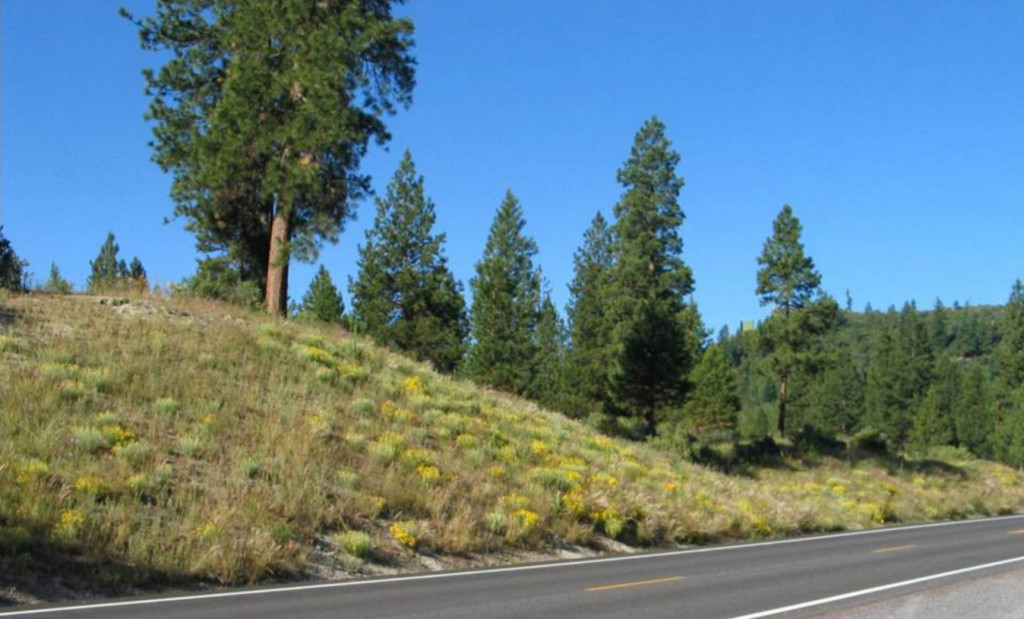 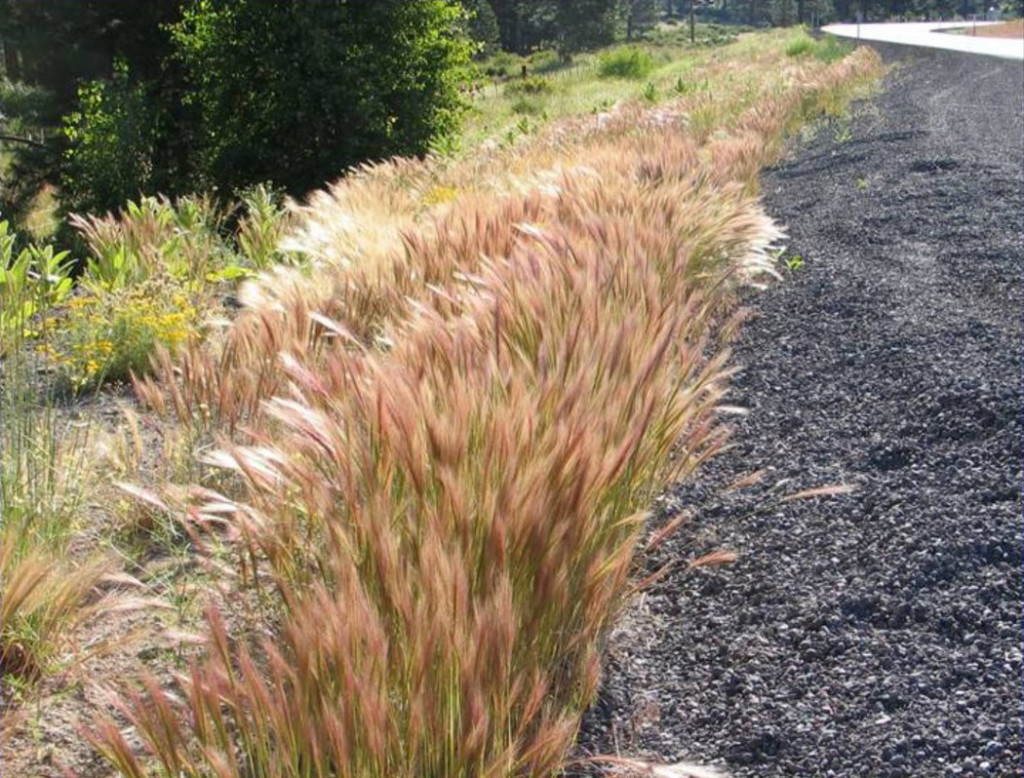 This Lucious Grass is The Squirre Tail, Or Elymus Elymoides

Native Plants Account for Most of The Crown Cover 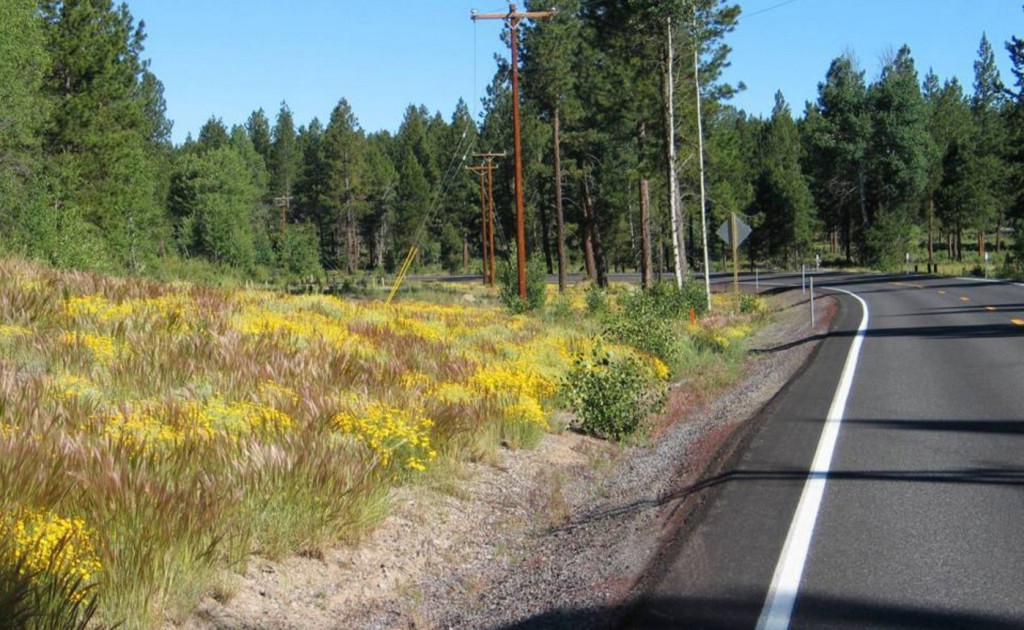 The Yellow Flower is the Oregon Sunshine or Eriophyllum Lanatum 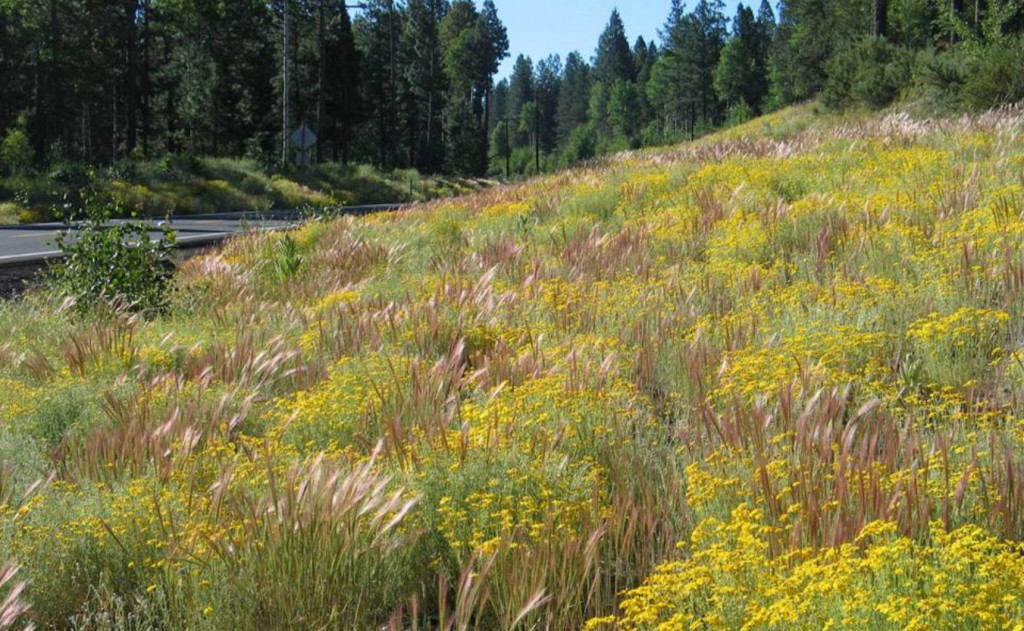 Bare Soil Is Now Less Than 15% On Most Sites 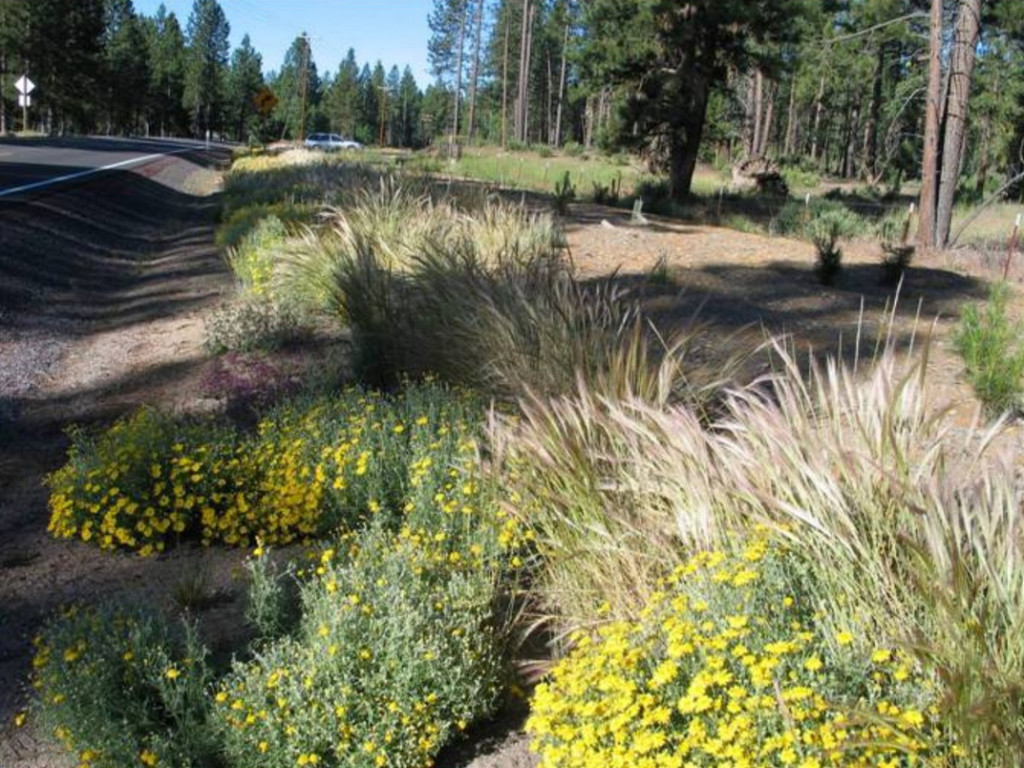 Lesson Learned: On Arid Sites, It Can Take Several Years For Native Plants To Fully Dominate The Site 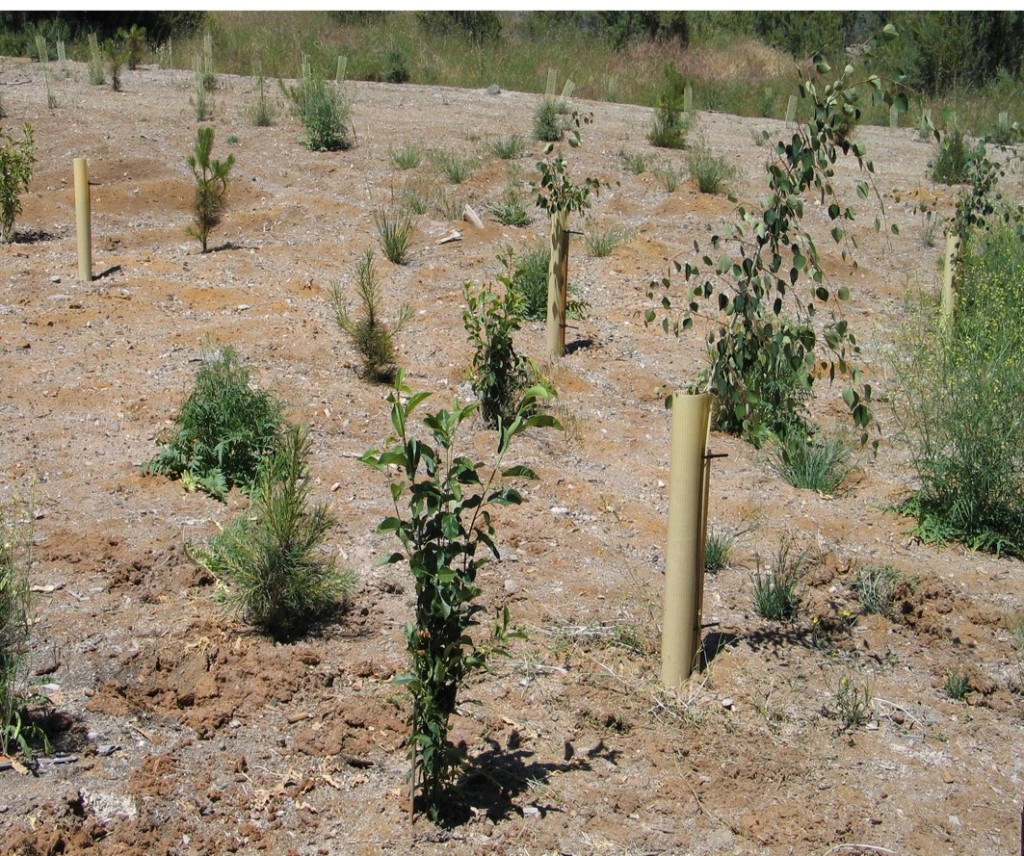