On the morning of September 11, 2001, al Qaeda terrorists hijacked four commercial airliners in a strategically planned attack against the United States. These terrorists intentionally flew two jet airliners into the World Trade Center’s Twin Towers in New York City and a third aircraft into the Pentagon in Arlington, Virginia. A fourth aircraft, United Airlines Flight 93, crashed into an open field in Somerset County, Pennsylvania, killing all passengers, crew members, and terrorists on board. The four aircraft strikes killed nearly 3,000 people, the deadliest attack on American soil by a foreign entity.

Hilltop Seeds, of Shippenville, PA, was the subcontractor selected to acquire the seeds and to do the planting for the approximately 180 acres that required revegetation

“The 180 acres were divided into several meadows, varying by the specific ecology of the ground, whether wet or otherwise. The meadow seed mixes were designed by a landscape architect,” explains Walt Robertson, president and principal owner of Hilltop Seeds.

“The topography was of two different types. Some of the ground that was not disturbed was originally, I believe, in the possession of the Pennsylvania Game Commission. It had been seeded to some extent with native grasses, but it had a lot of goldenrod and other invasive species.

“The plan was to kill that vegetation, but not to disturb [the area]. Then we would no-till plant with seed mixes that our architect had specified. Then there were disturbed areas for which excavation was necessary for the overall site layout. Those were also planted with the same meadow mixes.” He adds that cover crop seeding was originally planned as well, but because of delays in preparing the site, that was not carried out.

“We did attempt to plant some winter oats, so that they would winter-kill and give some protection to the ground, but actually the ground wasn’t really ready for that until too late for the oats to be really beneficial. They helped some, but not as much as they might have.”

Robertson notes that a number of meadow mixes were used. “We had wildflowers, native grasses, and all sorts of native plants, with the idea that they would be colorful and would represent a native meadow.”

According to Robertson, where the topography allowed, all the native grasses were seeded with a Truax no-till drill. “The Truax is designed specifically for planting the fluffy seeds that are typical of the native grass species here,” he explains. “That was the big challenge-to make certain that this stuff went through the drill appropriately. The Truax did do that; it accomplished it very well.”

Nevertheless, Robertson did face some challenging issues that had to be addressed. “One issue for me was having the excavation done on the disturbed ground and getting it ready to seed. For whatever reason, and the contractor may have had ample and good reasons, it was not ready on schedule for the planting. Had we been able to get the oats in around early August, and over the complete disturbed site, those oats would have developed some growth and a root system. Then the winter would have killed them, and we would have gone in and no-tilled right over those dead oats in the spring for the planting.

“We actually started the spring planting a little ahead of schedule, but again, we did it in bits and pieces because the ground just wasn’t ready for us to get down and deal with it. On the undisturbed site, where they were doing no excavation, that wasn’t an issue and we got things planted very quickly and on schedule. As far as the establishment of the meadow mixes, they seemed to do better on the undisturbed sites, where there was vegetative cover and erosion wasn’t a problem, so we had that benefit.”

Robertson notes that he had some difficulty in obtaining the seed mixes requested by the landscape architect for the project. “The seeds that were specified were very scarce, and the quantities that were required were just overwhelming, as far as finding sources. I spent the better part of a winter searching to track down the seeds. Things like marsh marigold we were unable to find in a quantity large enough to plant. But of all the species of seeds that were designated, I think we obtained all but three or four of them. We were able to find seed sources for the vast majority of them. Some were seeds we grew ourselves, but for the most part, these were species that we did not grow.

“The seed inventory at suppliers is pretty low, because of the terrible drought that has presented in Oklahoma, Texas, Kansas, and Missouri. I’m getting information from publications like the High Plains Journal that native grass seed prices this season will go up 20 to 40%, which is pretty dramatic. 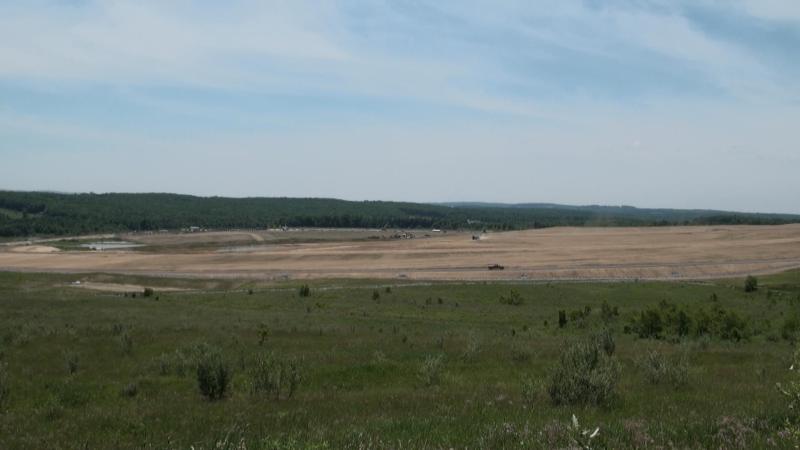 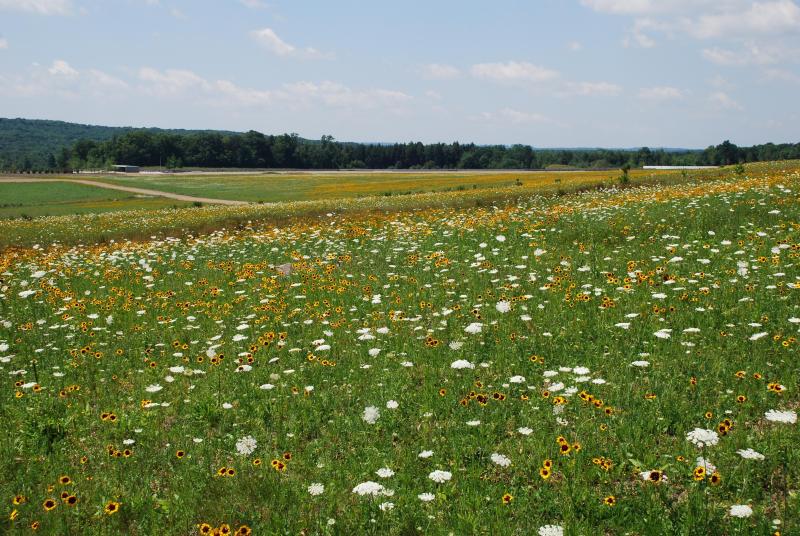 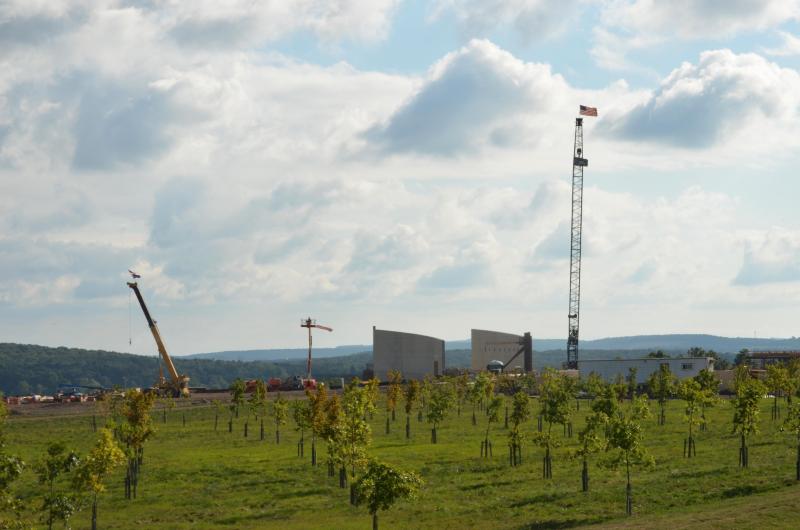 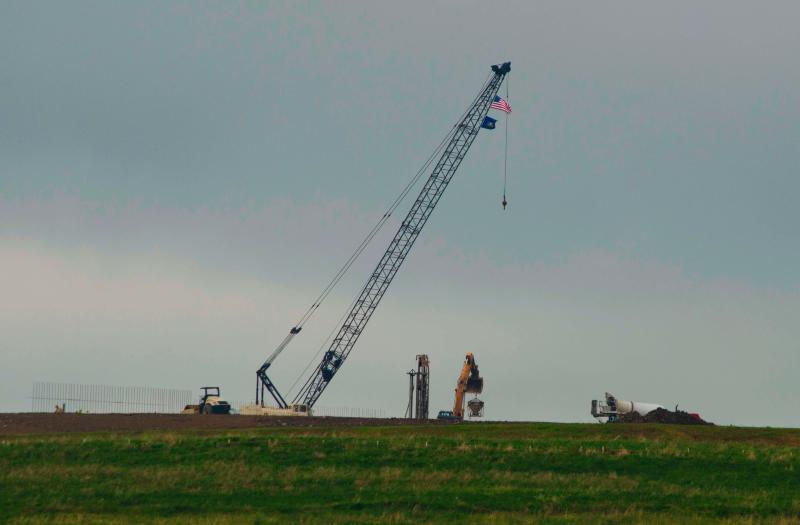 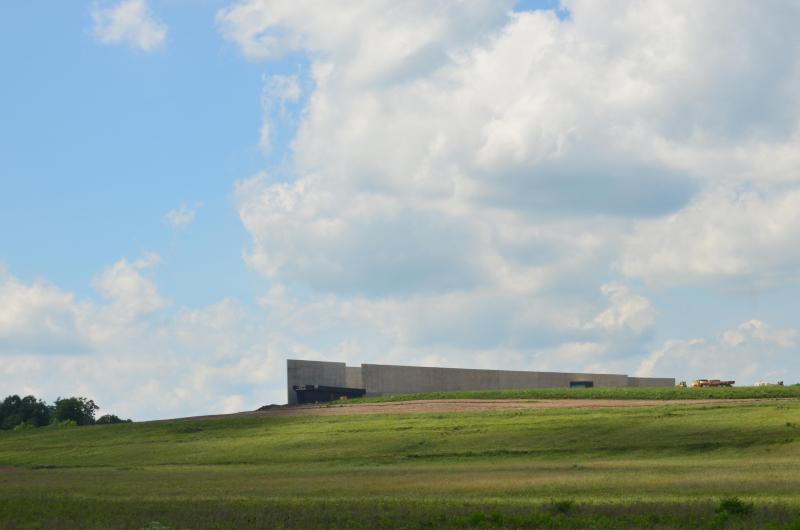 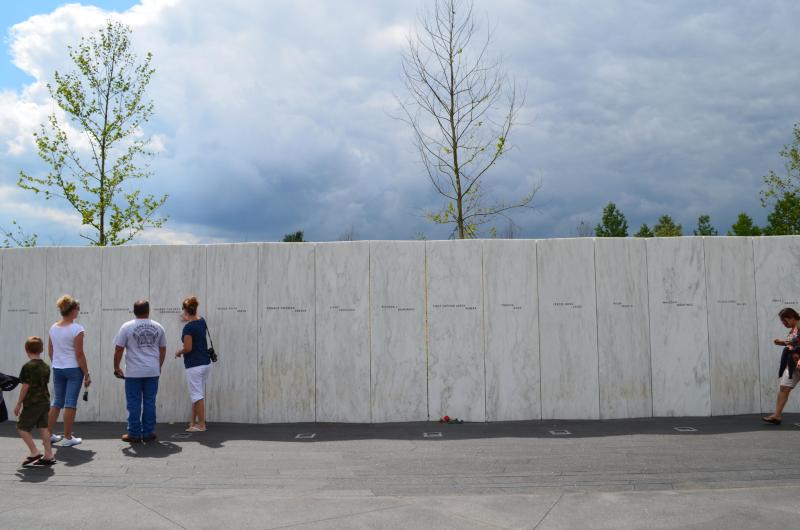 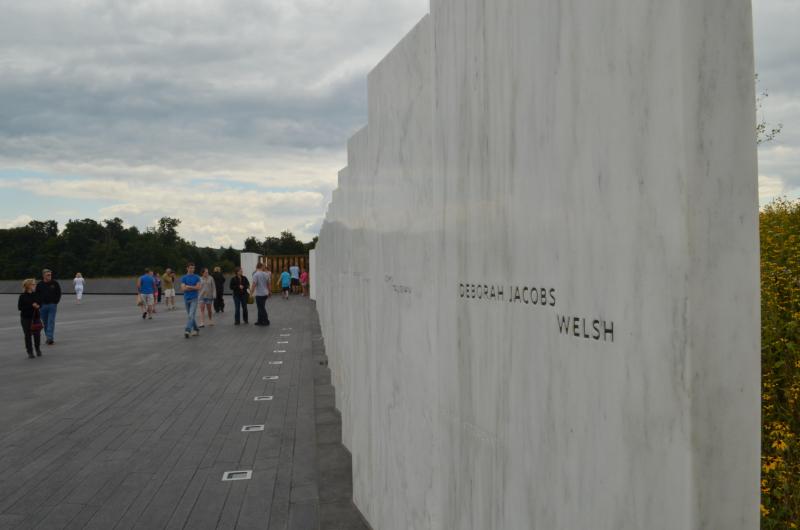 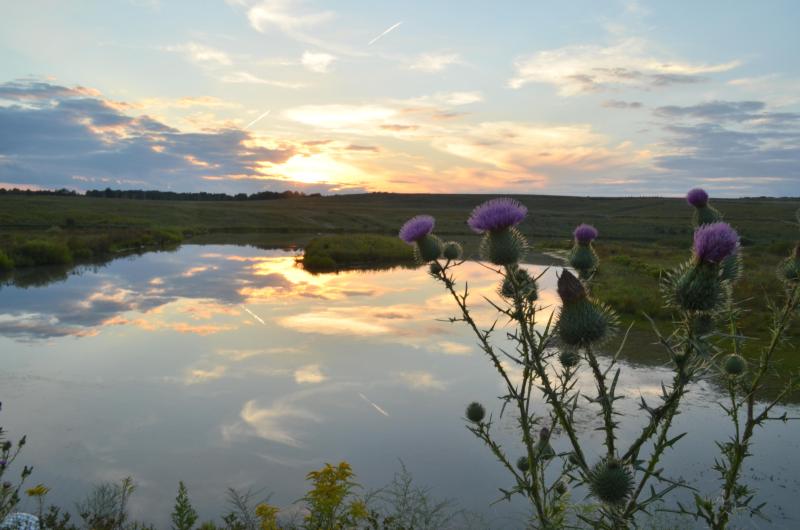 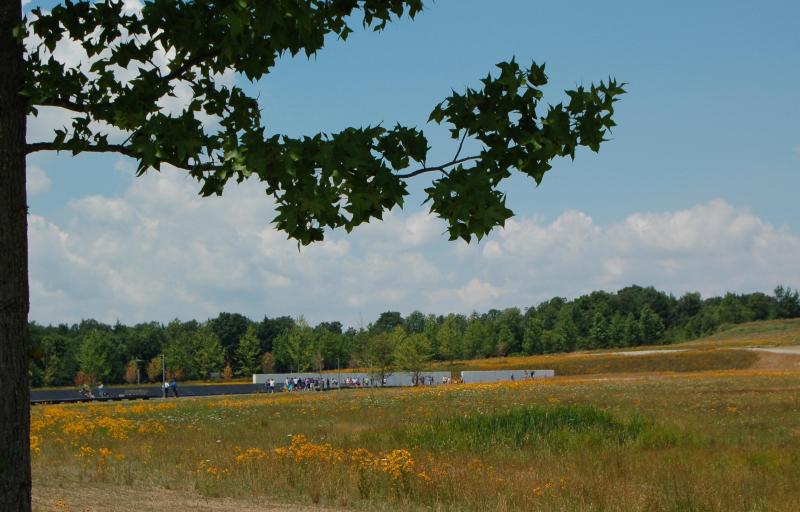 The memorial’s oral history collection now contains oral histories from more than 815 people with a direct connection to Flight 93.