You are here: Home1 / Research2 / Reclamation 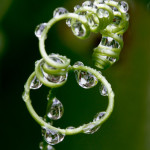 5 years after 1 application of Biosol Forte and Biosol, the microbial biomass equaled 37 and 34 years of natural succession

We compare the microbial biomass of two revegetation trials (established in 1982, elevation 2600-2800 m above sea level) with those of an adjacent natural succession.  This succession is comprised of a series of recessional moraines of different ages.  Before revegetation, the soils were bare and had very low microbial biomass levels.  After 5 years the mineral fertilizer equaled 9 years of natural selection, Biosol Forte equaled 37 years and Biosol equaled 34 years.

Application of 2% Biosol with compost resulted in a decrease of 72% -83% for the total amount of TNT and the water extractable amount of TNT.

The use of Biosol in addition of compost has successfully been demonstrated in a study in co-operation with DEC and OVAM.  The use of Biosol resulted in the formation of a specific type of complex, more precisely the Meiserheimer Complex (bacteria breaks down material to the sole carbon, nitrogen and energy source) which is very stable and able to bind the TNT-molecules irreversible to the humus matrix.

The positive effects of Biosol may have been able to reduce ph or salt concentrations in the soil solution, or improved physical stability due to the formation of stable aggregates.

Fly-ash deposits are usually difficult to reclaim due to poor chemical and physical properties.  Using different kinds of composts, organic amendments, soil conditioners and mineral fertilizers, we established a reclamation trial on an ash-dump in the Helmstedt mining area. Vitality of the grasses sown, as well as the percent of plant cover were highest on the plots amended with bark compost and BIOSOL.